Today marks the release of T.I.’s EP, Us or Else, which TIP says he felt compelled to write after “the repeated deaths of unarmed black citizens at the hands of police.”

Hey guys, its not often that I voice my opinion, but I just had to say something this time. The other night I just happened to stay up late and while flipping through the channels I got to catch “Tiny Tonight”, you know the young lady Tiny that was in the singing group, Xscape and married to T.I the rapper, and now they have their own reality show T.I & Tiny The Family Hustle on VH1. Well, back to the show, the subject just happen to come up about pregnancy and Mrs. Beyonce. Here’s my take on Tamar’s comment (“I dont think she was pregnant) about the deflated belly:

Beyonce’s deflated belly rumors has gotten on my last nerves. Anyone knows if you stand up everything is more noticeable. When you sit down you are in a totally different position and everything shifts down. Anyone that has commented about Beyonce not being pregnant are idiots. Even if she wasn’t who cares, she has more than enough money to do as she well pleases. And Tamar should be the last person speaking about anyone being pregnant. Hell, her prissy selfish azz won’t even give her sweet hubby a baby why, because she don’t want to mess up her shape and in hopes of having a singing career. She would rather for her sister to carry her baby than to experience motherhood on her own. This women has a great man that would practically do any and everything for her and the one thing he wants most is a child, not a house full, but one and she refuses to give him that; compared to the gigantic mansion, 10 cars and lavish lifestyle he has brought her. This man had to break down and brought him a dog for companionship. She knows he is not in the best of health and nearly died. Come on Tamar, hang up the singing career it’s not going anywhere, but it could be possible that Vince Herbert may be. And another thing before I go, in every picture that I have seen of the two, Tamar eyes are never on him she is always peering at the camera but Vince is caught looking at Tamar. And just one more thing, Tamar  its clear that you couldn’t drag that .com .org much longer and now you have resorted to that Dang hair. Could you PLEASE just CEASE AND DESIST with that flaunting of your hair. We all know its not yours and if you are that insecure with it that you have to touch, tug, pull, and flip it dammit don’t wear it.one day you are going to swing that head right off your neck. Luv you Boo, Adios Mrs. She 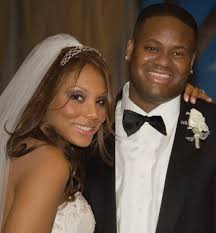 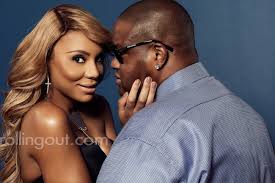 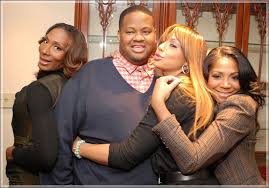 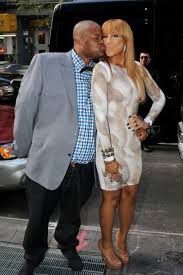 T.I. sat down with Power 105′s “The Breakfast Club” his upcoming album “Trouble Man”, the features on the project, his new book “Trouble & Triumph”, staying relevant, his family, and more. Enjoy.

BLB – BLAST FROM THE PAST